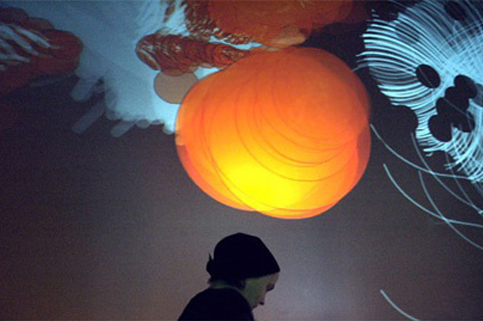 In celebration of twenty-five years of independent music publishing, and in support of groundbreaking new music, the internationally acclaimed music magazine THE WIRE co-presents with Electra THE WIRE 25, a month long season of new music events together with performances by some of the seminal figures representing the magazine's quarter century of alternative musical heritage. The programme takes in live music, performance, sound art, film and talks and features a number of premieres, new collaborations, and events specially created for THE WIRE 25.

The eclectic programme charts and showcases THE WIRE's ongoing championing of some of the most significant and influential moments in contemporary and recent musical production, at the margins and in the mainstream, across diverse genres — encompassing, but not limited to, folk, rock, electronica, avant garde improvisation, noise, dub and jazz — all of which take place at a selection of independent and unconventional spaces across London, from St Giles-in-the Fields church and Shoreditch Town Hall, to the ICA and Conway Hall.

The programme includes Boredoms, presenting an exclusive 'in-the-round' performance of V∞redoms, performed for the first time outside of their native Japan; an acoustic set by Young Gods label owner and former Swans front man, Michael Gira; a sit-down performance by US found-sound recording artists Matmos, celebrated for their use of sampling unconventional sounds and objects — from amplified crayfish nerve tissue, the pages of bibles turning, chin implant surgery and rat cages; a unique coming together of free jazz and improv pioneers Sonny Murray, John Tchicai, Han Bennink with Spring Heel Jack; a 'Meta Dub Special'featuring a selection of key players from the fringe of London's recent dubstep movement, including live performances by Kode9 with Spaceape, The BUg plus MCs and Skull Disco's Shackleton; a rare opportunity to see American saxophonist Sonny Simmons perform with young British free jazz disciples Tight Meaat; two productions curated by London-based independent organisers [no.signal], including Tones of Finland at Bush Hall (with Lau Nau, Tomuntontu) and an Avant Taste of Jazz with Trapist, Rafael Toral's Space project with Roger Turner and the first performance of Klangstraub (Bernard Günter and Gary Smith).

Alongside this critical selection of live music performances are an array of events which bleed into other art forms and encourage debate around the role and contexts of experimental music and sound production, including Atlantic Waves' weekend of audio-visual collaborations featuring performances by Terre Thaemlitz, Tim Hecker, Aki Onda and a host of others; Lydia Lunch's UK premiere of her biopic Video Hysteries, complete with a Q&A from the infamous NYC performance artist and musician, followed by a rare performance of her new piece Hangover Hotel; a series of film programmes curated by Mark Webber (LUX, London Film Festival), starting with cinema for the Eyes and Ears, a programme of shorts chosen from the LUX archives charting the historical intersection of avant garde music and film, followed by two further programmes of London premieres of new work, including A Ballad with Genesis P-Orridge and Lady Jaye (dir Marie Losier, 2007) and more; and the London premiere of artist Christian Marclay's Screenplay, a video piece and live performance featuring three musical ensembles who will in turn create a live performance from the same video score.