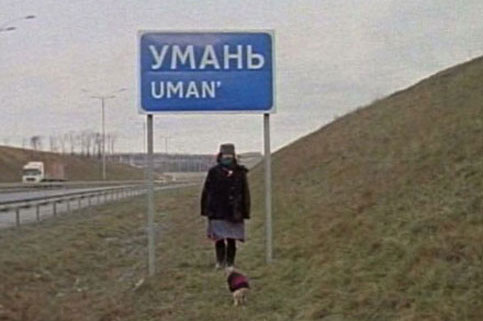 Join Electra's Irene Revell in conversation with Lina Dzuverovic on (im)migration, memory / loss and displaced identities. This exchange takes as its starting point a personal reflection on Irene's own Polish and Belarusian descent, and will be followed by a screening of selected films from Naomi Uman's The Ukrainian Time Machine Cycle.

In 1906, Uman's great-grandparents emigrated from rural Ukraine to the United States; a century later, she made the same journey in reverse, ultimately settling into the tiny, remote village of Legedzine, where she has lived for the past four years. Initially arriving without knowledge of the local language, Uman eventually discovered that the rhythms of culture there, centered around age-old patterns of labour and leisure, continue in much the same way as in her ancestor's time.

Uman's ongoing process of observing and coming to understand life in Legedzine is chronicled in her Ukrainian Time Machine project, a cycle of 16mm films that continue to explore the hand-made, intimately subjective mode seen in her earlier works. With Kalendar, Uman recounts the process of learning Ukrainian words through a visual primer of her early impressions; for Unnamed Film, she documents the villagers' everyday activities and resilient resourcefulness. On This Day presents quick, joyful sketches of a wedding, while Clay studies a small factory where men make bricks from the same local clay their forebears have used for building since the 4th millennium BC. Throughout the cycle, Uman's subject matter parallels her own artisanal practice, valorizing the tactile and hard-won pleasures of work.